Amir Khan has reiterated that Kell Brook is not in his plans and revealed the IBF world champion has talked himself out of a bout.
Khan (31-4-KO19) was knocked out by WBC world middleweight champion Saul 'Canelo' Alvarez in Las Vegas on Saturday night having stepped up to a catchweight of 155lbs.
Despite confirming he will immediately return to the welterweight division, Khan will forego any opportunity to challenge for the title held by Brook (36-0-KO25).

When asked if he was contemplating finally facing 'The Special One,' Khan told Sky Sports News HQ: "Not at all. I'm not even thinking about him, to be honest with you.
"We've got other plans. We're going to go to the drawing board with Virgil Hunter, Al Haymon and my team. I spoke to them and he's not one of the names we're looking at so it's not an option. 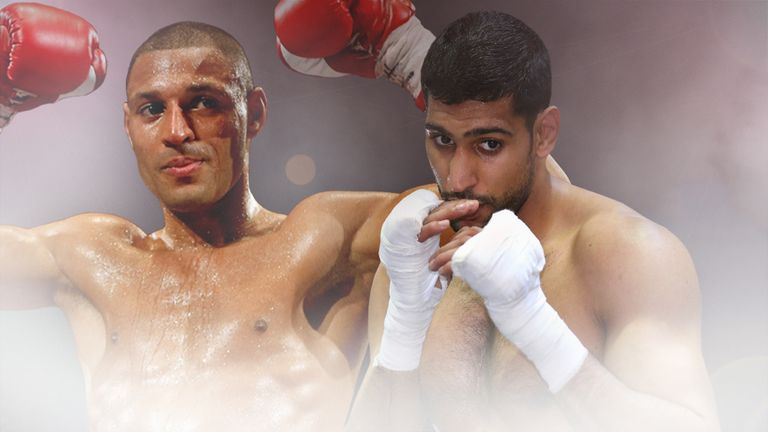 [h=2]I would love to do that [silence Brook] but because he talks so much, I just don't want to give him that opportunity and that chance.[/h] Amir Khan

"We're looking at a few other names. We're going to announce something in the next couple of months. I'm going to take some time off and not think about boxing.
"I'm going to spend some time with my family because I've been away for a long, long time. 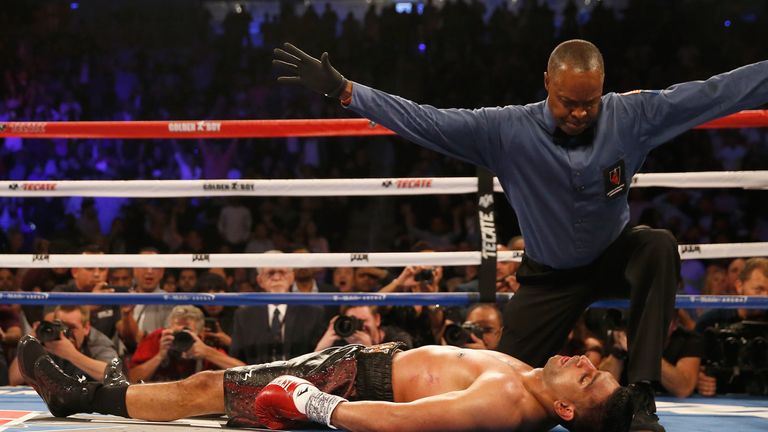 Amir Khan was stopped in the sixth by Alvarez

"I would love to do that [silence Brook] but because he talks so much, I just don't want to give him that opportunity and that chance. I'm fighting the best people in the world, the biggest names in boxing. My name is up in lights in Vegas. Look at my last few opponents and look at his last few opponents - I think it says it there."
Reflecting on the defeat to Canelo, Khan added: "It was a learning curve for me. I think I jumped too far and I should have stayed in my own weight division. The 147lb division is my division, which I'm very comfortable at. I'm going to stay at it and not move up.

"I thought I'd give it a try against a very tough guy. Canelo is a big guy - he must have been about 180lbs in that fight. The weight advantage was just too much."
Having watched Khan fall, Brook immediately threw down the gauntlet on social media - only to retract it soon after having decided it would be 'unsafe' for the Bolton fighter.
[h=2][/h]
You must log in or register to reply here.
Share:
Facebook Twitter Reddit Pinterest Tumblr WhatsApp Email Link